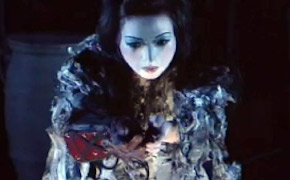 While Shakespeare and Asia have been connected on stage and screen for centuries, Asia-related performances in Asia, the U.S., and Europe are currently experiencing an exciting new wave of creativity. Such encounters have generated extraordinary artistic and intellectual energy, leading to the transformation of traditions that has worked in both directions at once.

The center of creativity in Shakespeare performance is shifting from Europe and the U.S. to Asia, where directors such as Ninagawa Yukio, Suzuki Tadashi, Ong Keng Sen, Wu Hsing-kuo, and many others experiment with combinations of traditional and contemporary theatre, new strategies for working across languages and genres, new ways of reaching diverse audiences.

These works are widely recognized as among the most innovative and distinguished in the world; they are changing how we understand Shakespeare, serving as a forum for theatre artists to deal with such contemporary questions as national and Asian identity, and reshaping debates about the relation of East and West.

Shakespeare Performance in Asia (SPIA) chronicles this exciting new wave of East-West cultural exchange. The site showcases video highlights with English subtitles, photos, and texts from Asia, the U.S. and Europe. The database is intended to promote cross-cultural understanding and serve as a core resource for students, teachers, and researchers.

* A catalogue of more than 200 productions compiled by Alex Huang, which will be continuously updated.
* A collection of video clips from major productions.
* Interactive maps and timelines.
* Interviews and biographies of directors and actors.
* Essays on Asian Shakespeare by major scholars.

Regular updates will greatly expand the above resources, and introduce new features, including glossaries of key terms and full videos of many productions.